History of the Catalytic Converter

The Rising Issue of Air Pollution

Air pollution is not a modern issue. In 1306, King Edward I banned the burning of sea coal in London due to the smoke and harshly punished those who disobeyed. The concern over air quality has been a point of importance throughout history, however, as early as the 1940s, air quality started deteriorating in major cities and became an increasingly dangerous issue. The cause of this major pollution concern was from the photochemical smog and low-level ozone resulting from car use. It wasn’t until the Clean Air Act of 1970 that pushed for industry reform and enforced environmental protections. 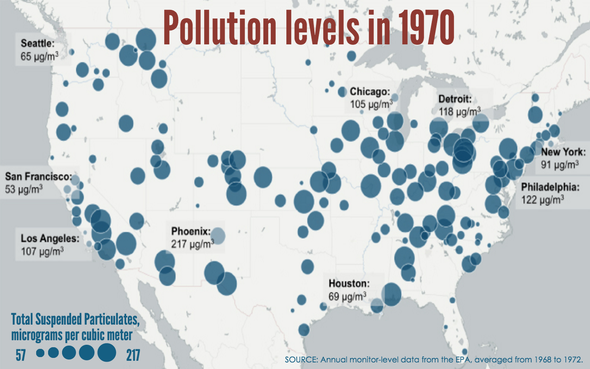 In 1952, the first patent for a catalytic converter was registered to Eugene Houdry. Houdry worked as a mechanical engineer in the oil refining industry, where he researched how to decrease emissions from smokestacks. His research would end up having wide-reaching applications. However, cars during Houdry’s time primarily ran on leaded gasoline, which made the catalytic converter useless. Leaded gas destroys catalytic converters by coating it in lead, resulting in its inability to filter the toxic emissions. This all changed in the 1970s when the Clean Air Act of 1970 was enacted.

The Clean Air Act of 1970 required all cars after the year 1975 to be equipped with a catalytic converter. This act required all vehicles to cut their emissions by 90% in only five years. Later amendments to this act in the 1990s banned leaded gasoline sales by 1995, amplifying the need for catalytic converters by automobile manufacturers.

The first iteration of the catalytic converter contained steel beads attached to a mesh at both ends of the converter. These beads, coated in a catalyst, would create the transformation when the toxic gases came into contact with them. However, this method was later proven inefficient due to the beads shifting and wearing down over time. This inspired the more efficient honeycomb method on account of its high surface area. Dr. Carl D. Keith later invented a three-way converter. This was a more streamlined model that performs the original function of a catalytic converter while also transforming nitrogen oxides into nitrogen and water. Modern three-way converters can catalyze up to 98% of the toxic gases released from automobiles. 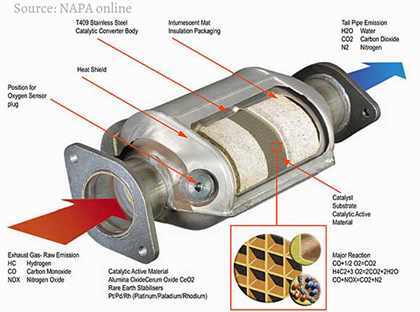 The Necessity of an Industry

As the demand for environmental regulations increases, the need for efficient purgation of emissions is increasingly valuable. The demand for catalytic converters is expanding more than the automotive industry can keep up with as these regulations tighten. This is why industries that are focused on recycling the metals used in the production of converters are important and have been established all around the world. Recycling protects the environment by producing the necessary materials needed to make catalytic converters without damaging the Earth and rapidly depleting finite resources.

Metals Made For More