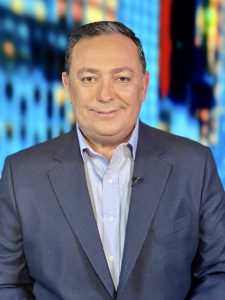 “Civilians and law enforcement alike instantly recognize Chief Acevedo for his career of principled leadership on tough issues,” said Allen Hickman, founder of PGM of Texas. “As strong supporters of law enforcement, we want to be sure that police officers across the country understand the realities of the essential metals business and can quickly spot the few bad guys in a historically respectable field.”

Since graduating from the police academy in 1986, Acevedo has served numerous communities as a peace officer, working his way up to the rank of chief in the California Highway Patrol. He subsequently served as chief of police in Austin, Houston, and Miami. At every stop along the way, his unbiased commitment to the rule of law and plain-spoken nature have brought him into conflict with opponents on both sides of nearly every issue. That objectivity continues to drive his commitment to public safety.

“Police are under increasing pressure to do more with fewer resources, so a clear grasp of the issues can help them do their tough job better,” said Acevedo. “Police are doing their best to tackle a theft issue that is better known because it happens in people’s driveways. Working with principled experts like PGM of Texas is the best way to cut the bad guys out of the equation.”

Catalytic converters have become the latest target of metal thieves who may have previously concentrated on stealing copper from construction sites and air conditioning units. Because their air-cleaning capabilities rely on the properties of three extremely rare metals (platinum, palladium and rhodium) the black-market value of these devices, typically tucked under vehicles, has grown rapidly. The rarity of the metals is compounded by the fact that they are only mined in a few locations (namely South Africa and Russia) and have been targeted by U.S. adversaries.

“We are committed to working closely with lawmakers and officers of the law to raise awareness of how the essential metals reclamation works and providing best practices to deter theft,” continued Hickman, a thirty-year veteran of the industry. “The metals we ethically rescue from the waste stream reenter people’s lives in the form of cancer treatments, computer chips, dental appliances and more. Our work is too important to be sidetracked by a few bad actors.”

About PGM of Texas

PGM of Texas is a leader in the efficient reclamation of metals that are essential to the American way of life. Based in San Marcos, Texas, the company is North America’s largest recycler of ethically sourced catalytic converters and a leader in efforts to combat their theft. Named for the “platinum group metals” used to scrub vehicle emissions, the company is focused on helping platinum, palladium and rhodium attain their highest purpose with reuse in environmental, medical and technology applications. Working from 23 locations across the U.S., the company is a committed environmental steward and a leader in recycling technology.

Metals Made For More